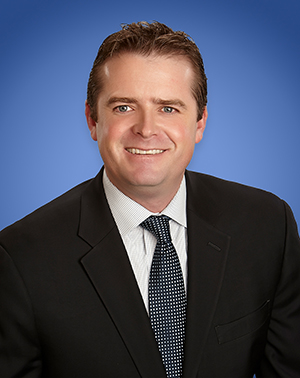 Sloan R. Simmons is a Partner in Lozano Smith's Sacramento office and co-chair of the firm's Litigation Practice Group. His areas of expertise are civil rights and all forms of school district and public agency trial court litigation and appeals, as well as student issues. Mr. Simmons' years of experience on student issues for school districts of all sizes and in all regions of the state has resulted in his expertise in nearly all student related matters. Mr. Simmons was named a Top Lawyer in Schools & Education by Sacramento Magazine in 2020.

While attending law school he received the honor of Outstanding Oral Advocate, was selected as a member of the Order of the Barristers, and as a member of the University of California, Davis, National Moot Court Team. He also held the position of Senior Articles Editor for the 2002-2003 and co-chaired the law school's Advocates for the Rights of Children student organization. As an undergraduate, Mr. Simmons presented his Honors Thesis, "Justice William J. Brennan Jr.: Bringing Justice to Education" at the 2001 Western Regional Honors Conference.

UPDATE: Please Note, this Opinion has Been Vacated to Be Heard En Banc by Ninth Circuit

Status of Federal and State Laws on Student Gender Identify Rights: Federal Lawsuit Seeks to Block Participation of Transgender Athletes and the Office for Civil Rights Weighs In

Court of Appeal Issues Opinion in School Districts' Favor in Latest Round of P.E. Minutes Litigation

Student Walkouts: What Your District Needs to Know

Rescission of DACA: What Public Agencies Need to Know

For the first time since 2007, the United States Supreme Court has weighed-in on student free speech rights under the First Amendment. In Mahanoy Area School District v. B.L., the high court addressed for the first time the parameters and limits for schools' regulation of student off-campus speech. In this episode, our attorneys break down the Supreme Court's decision and its implications for California school districts with Lozano Smith student speech experts Mike Smith and Sloan Simmons. Presented by Mike Smith and Sloan Simmons

Host Sloan Simmons talks with Lozano Smith partners Michelle Cannon and Gabriela Flowers, co-chairs of the firm's Labor and Employment Practice Group, about important new labor and employment laws passed in 2019 and how they will impact public agency employers in the new year. Topics covered include employment classifications, probationary periods for classified public school employees, new lactation accommodation requirements, settlement agreements with employees, and expansion of anti-discrimination laws, among others. This a must listen as we head into the new year, as most of these new laws become effective January 1, 2020, and may require changes to agency policies.

In Part 2 of our discussion on school avoidance, Sloan Simmons continues the discussion with Jennifer Baldassari and Susan Bishop about case examples, myths, and best practices.

In Part 1 of our discussion on school avoidance, Sloan Simmons talks with Jennifer Baldassari and Susan Bishop about the challenges districts face in school avoidance issues from both a legal and practical perspective, highlighting the top myths associated with school avoidance along the way.

In this Lozano Smith podcast, moderator Sloan Simmons engages with Dr. Daryl Camp, Superintendent of the Riverbank Unified School District, and Lozano Smith Partner Megan Macy, regarding a burgeoning and healthy competition between two separate dual immersion programs operated in Riverbank, one through a dependent charter school and another through in a traditional district school. Their discussion explores how this existing dynamic in Riverbank serves one of the original purposes of the Charter Schools Act, the benefits of this unique situation, and some of the challenges which arose along the way.