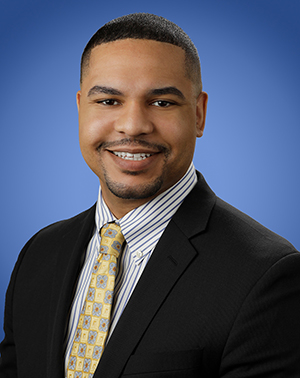 J.D., University of California, Hastings College of the Law

During law school, Mr. Harrison externed for the Chief Justice of the Supreme Court of California, where he provided research and analysis for cases on the Court's calendar. He received Witkin awards for academic excellence in disability discrimination, and criminal procedure, and he competed on the #1 ranked UC Hastings appellate advocacy moot court competition team.

In 2019, the Trustees of the State Bar of California appointed Mr. Harrison to the Council on Access and Fairness (COAF), where he focuses on diversity in the legal profession and inspiring confidence in the rule of law.

Mr. Harrison serves as an Executive Committee Member to the Public Law Section of the California Lawyers Association.

Mr. Harrison is also the General Counsel-North of the California Association of Black Lawyers (CABL), he is a member of the UC Davis Health Community Advisory Board, and he serves on the executive board of the Wiley Manuel Bar Association of Sacramento County.

In 2017, California State University, Sacramento, honored Mr. Harrison as its Distinguished Alumni Rising Star, for his service and leadership in the Sacramento Region.

In An Historic Move, California Paves Way For Public Banks

The California Court of Appeal Has Spoken, Not Just Anyone Can Be Elected County Sheriff--So Says County Clerk