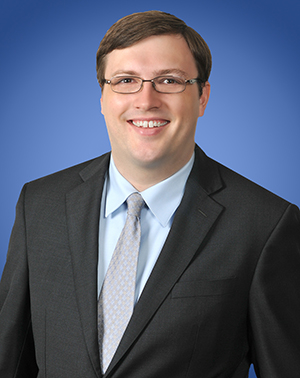 My Expertise One of My Passions Outside of the Law

My Expertise What Inspired Me to Become an Attorney

Joshua Whiteside is an Associate in Lozano Smith's Fresno Office. Mr. Whiteside provides support for school district and county office clients on Student and Labor and Employment issues, focusing on helping administrators keep schools safe from school violence and bullying, remain neutral with respect to politics and religion, and prioritize inclusivity and equity.

Mr. Whiteside earned his J.D. degree from Chapman University School of Law. He received a B.A. in History from the University of California, San Diego.

Legislature Addresses Student Use Of Smartphones At School

Religion in the Schools - A Vehicle for Inclusivity

In advance of his upcoming free seminar at California State University Fresno, attorney Michael Smith, joined by associate Josh Whiteside, talks with host Devon Lincoln about the role that religion plays in the lives of public school students and their teachers and other staff, and how schools can create a climate of inclusivity and support for students of every background and faith tradition. For more details on the upcoming seminar, see the show notes below.

Preventing school violence and ensuring school safety have become dominant topics and part of an ongoing national conversation. But what can a school district do, practically, to address these issues? This podcast will examine two recently released resource documents from the Federal Bureau of Investigations and the United States Secret Service which provide guidance on preventing school violence as well as pending California legislation to improve school climate and safety.

Last year, the United States Supreme Court identified social media as "perhaps the most powerful mechanism available" today to make a person's voice heard. But can a government official block their constituents' voices online? At what point does a personal social media page become open to the public? Join us as we discuss the ramifications of a recent federal district court case out of New York about President Trump's personal Twitter account and the potential legal precedent being shaped now

Inclusivity is a mandate for all public entities - to create a positive, welcoming environment for all types of people and treat them fairly and equally. The government must also be neutral with respect to politics and religion. However, the rise of social justice movements in recent years have led public entities to carefully re-consider their policies, practices, and programs. Thus, public entities walk the narrow path of affirming the rights of all without expressing support for a particular political viewpoint or ignoring systemic and procedural biases. This podcast will discuss how local governments and school districts can act to work on providing an inclusive workplace and/or campus without limiting individual opinions and viewpoints.